THE LORD OF THE RAMPS

Andreas Schützenberger has been building skateparks all over the world for more than 20 years with his company IOU Ramps. The fastening technology for his ramps and halfpipes is supplied by Reisser-Schraubentechnik. Find out here what role two circus elephants played in the company’s history…

They call him the “Lord of the Ramps”: Andreas Schützenberger builds skateparks and skating facilities all around the world. His designs are held securely together by screws developed especially for him by Reisser-Schraubentechnik.

The “ollie”, a jump into the air with skateboard seemingly stuck to the feet of the rider, is the first trick learned by most skaters. Andreas Schützenberger, 49, remembers his own beginnings: “I started a carpentry apprenticeship when I was 17, and at the same time I discovered the art of skateboarding. I started off with a cheap board from the store that I ordered over the phone,” he says in an unmistakable Lower Bavarian accent. He and his friends used to meet almost every day at the train station in Passau to practice ollies. Soon, they set out in search of bigger challenges. For example, they built skatepark elements such as ramps and obstacles out of old wooden pallets. “I realized that is exactly what I wanted to do,” says Schützenberger. That is what kicked off his career. 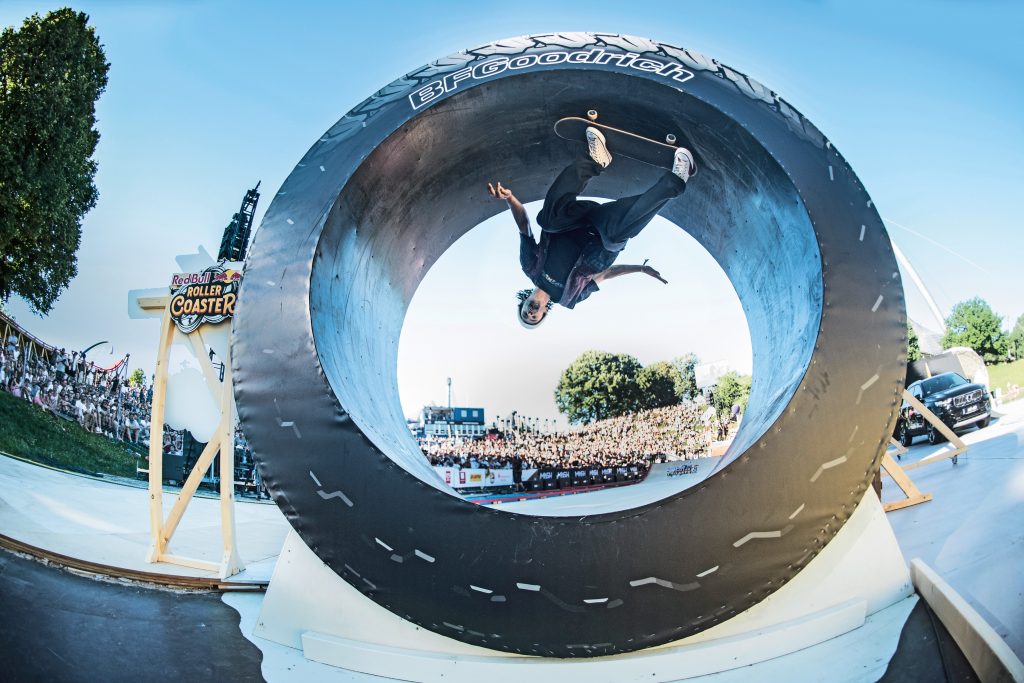 Today, Andreas Schützenberger is considered one of the best skatepark builders in the business, and is sought after across the globe. Over the last 22 years, he has built roughly 7,600 ramps with his company IOU Ramps in more than 30 different countries. Originally, IOU, an acronym for “Innovative – Original – Unique”, was also its own clothing label. He has since abandoned the label, but decided to keep the name. Schützenberger: “IOU applies to everything I do.”

The hub of IOU Ramps is an assembly facility located in Passau. There, Andreas Schützenberger designs stationary and mobile parks together with five to seven freelance collaborators. Current major projects include, for example, working for the action sport event “Munich Mash” at the Olympic Park in Munich, for Airparc Zillertal in Austria, for an industrial building temporarily repurposed as a skatepark (“Barcelona House of Vans”), and for the “Scooter Hut Arena” in the Norwegian city of Stavanger. Apart from that, Schützenberger is involved in volunteer work: He has been supporting a project in Kabul, Afghanistan, for the last eleven years, creating mobile skateparks there for and with children. Similar projects are planned in Cambodia and Yemen, among other locations.

70,000 GALVANIZED STEEL SCREWS, CALLED ELEPHANT SCREWS, HOLD THE SKATEPARK TOGETHER AT THE MUNICH MASH FESTIVAL IN OLYMPIC PARK MUNICH. THEY WERE DEVELOPED BY REISSER-SCHRAUBENTECHNIK ESPECIALLY FOR IOU RAMPS.


The individual elements in a skatepark can be built from completely different materials: concrete or granite, marble, steel—and wood. “The material is a means to an end,” says Schützenberger. “Concrete is suited for organic shapes, for example. For mini ramps, we mostly use larch wood since it maintains its form and is weather resistant.” The individual parts are milled out using a CNC milling machine. On top of the skating surfaces, an eight- to ten-millimeter-thick overlay is applied, developed exclusively by IOU Ramps for flexibility and noise protection. Schützenberger has high standards when it comes to the craftsmanship and aesthetics of his parks, emphasizing safety and design in particular.

Fastening technology is pivotal in order for the halfpipes and other elements to hold together faithfully and to withstand various temperatures. “For us, the right screws are essential,” says Schützenberger. That is why IOU Ramps has been working together with Reisser-Schraubentechnik for the last year, a leading manufacturer of stainless-steel screws from Ingelfingen-Criesbach in Hohenlohe and part of the Würth Group since 1994.

THE RIGHT SCREWS ARE ESSENTIAL

Reisser even developed a stainless-steel screw adapted specifically to the requirements of the skatepark builder: the “Elephant Screw”. Where does the name come from? “In 2006, I let two circus elephants trample across the ramp in the Passau-Kohlbruck skatepark,” explains Schützenberger. “The ramp easily endured the four and a half tons.” Ever since this test, a pachyderm graces the company logo: “Skater made—elephant proof”.

Schützenberger found the right partner with Reisser. “I know why I opted for the ‘made in Germany’ brand quality: The workmanship and performance of the screws are fantastic.” The sheer quantities make it clear how important the screws are for Schützenberger’s projects: Around 15,000 elephant screws were used for the park at the industrial building in Barcelona, with roughly 25,000 at Airparc Zillertal, and a whopping 70,000 for “Munich Mash”.

ADVANTAGES OF THE ELEPHANT SCREW 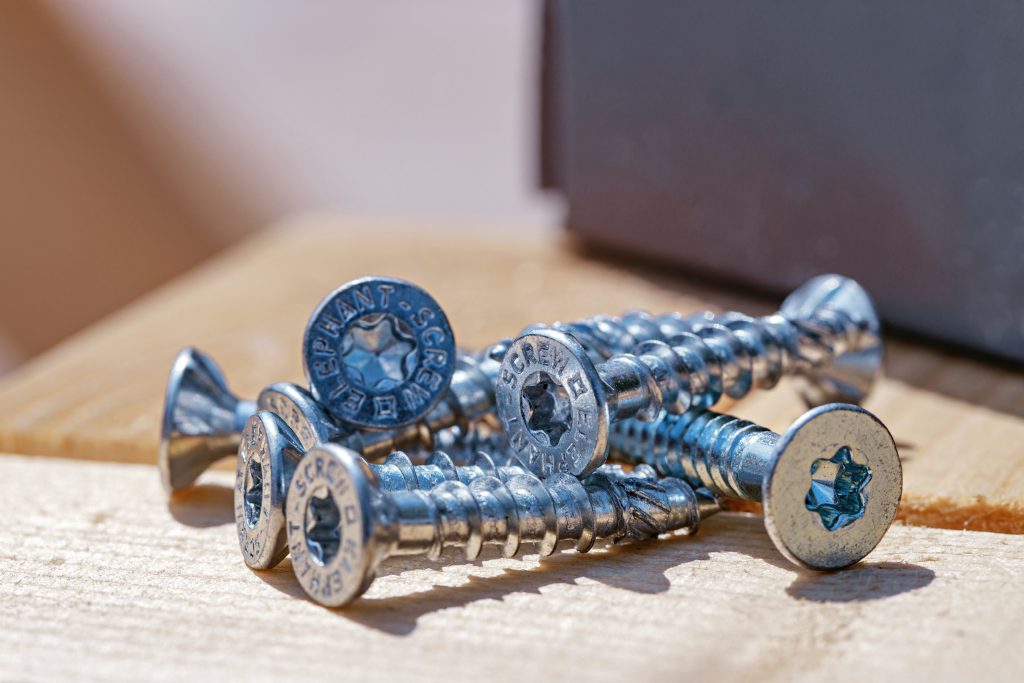 “We are delighted that our products are being used for such unique projects, like those carried out by Andreas Schützenberger,” says Michael Dartsch, Managing Director of Reisser. “Our development department and IOU Ramps have collaborated closely on this endeavor. Using the Reisser Dribo screw as a basis, it was possible to unify all of the product features in the elephant screw, guaranteeing maximum safety for the skaters. And furthermore, it makes it possible for the customer to create their own branding.”

Next year, skateboarding will be included as a discipline in the Summer Olympic Games in Tokyo for the first time along with sport climbing and surfing. The “eternal sport trend” should help to liven up the somewhat dusty image of the Olympic Games. Although the commercialization of skateboarding is not seen as something positive by everyone in the scene, Andreas Schützenberger takes a pragmatic stance: “Live and let live,” is his comment.

So, what remains from the original skater self-image? Urban lifestyle, subculture, expression of rebellion, independence? For Andreas Schützenberger, skating today means the same as it did 30 years ago: “Infinite freedom, pure creativity. It is possible to practice it everywhere in the world.” He adds: “If I ever grow tired of skateboarding in the future, then I’ll stop building ramps.” He cannot help but laugh at the idea: “That won’t be happening anytime soon.” The words are hardly out of his mouth as he grabs his board and heads outside—to his own private little skatepark.

Founded: 1921; headquarters: Ingelfingen-Criesbach in Germany, represented internationally in Hungary, Romania, France, Spain, and Poland; 340 employees worldwide; sales volume 2019: EUR 66 million; part of the Würth Group since 1994; but the relationship with Würth has existed for much longer: Adolf Würth, the father of Prof. Dr. h. c. mult. Reinhold Würth, completed an apprenticeship starting in 1922 in the hardware store of the brothers Gotthilf, August and Hermann Reisser.