India – 10+ facts, as colorful as the country itself

1.3 billion people, more than 100 languages and recent annual economic growth of 7.6 percent: India is characterized by diversity and vibrancy. The Würth Group has been there since 1994 with its headquarters in Mumbai. 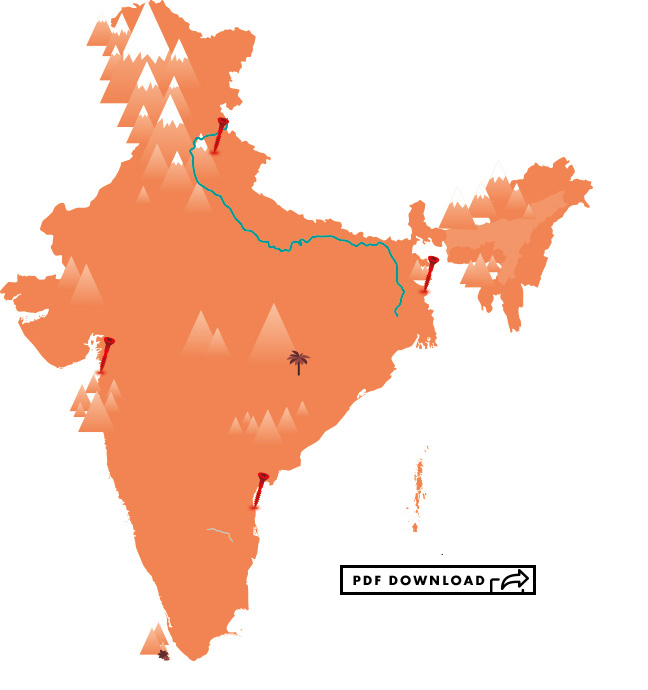 “Same planet — different universe.
In India, it is not about seconds, minutes or even hours. It is about the flow of life. This piece of advice is given freely to all of the frenzied Germans who wish to establish themselves in this market with its own peculiarities. But this also means: getting the job done when the time is ripe. This is the case now for Würth in India because economic conditions are favorable for additional investments in our business areas.” 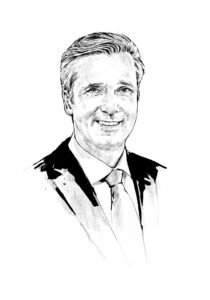 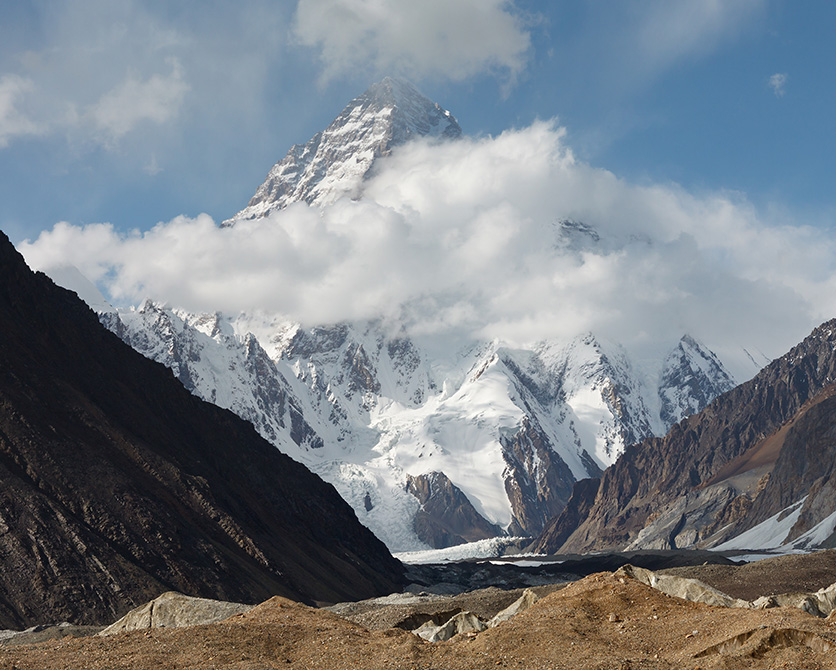 The K2, located in the Karakoram mountain range, is the second highest of the eight-thousanders, after Mount Everest, at 8611 meters. However, ascending this mountain, also known as “Savage Mountain”, is far more challenging and many mountaineers consider it to be the crown jewel among the highest peaks. Many tragedies have turned K2 into a myth. 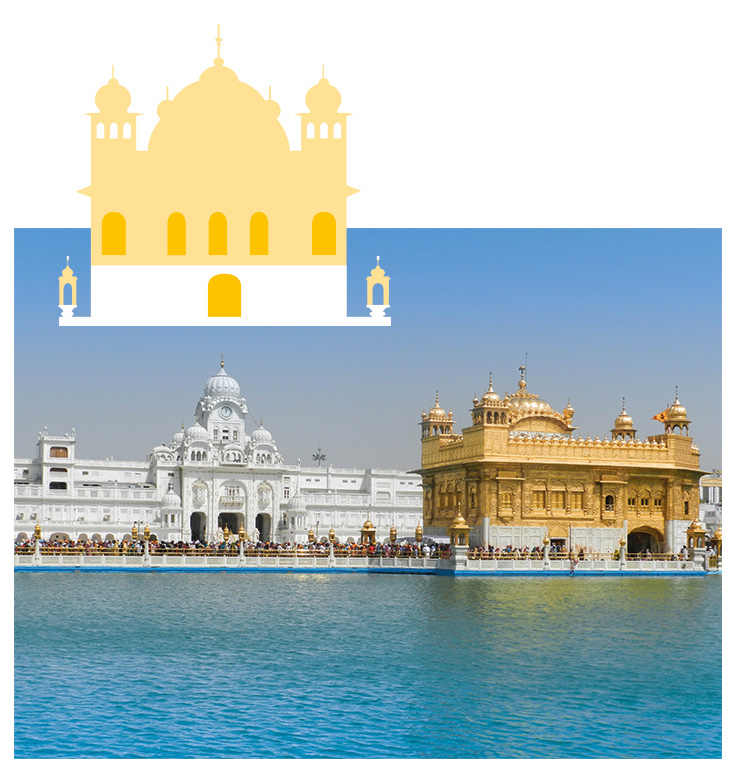 Every day, 100,000 vegetarian meals are served free of charge at the Golden Temple in Amritsar, prepared by volunteers who are happy to be paid with karma.

„70 % OF ALL SPICES COME FROM INDIA, INCLUDING BHUT JOLOKIA. RATED AT 1,001,304 SCOVILLE UNITS, IT IS ONE OF THE HOTTEST CHILI PEPPERS IN THE WORLD.“ 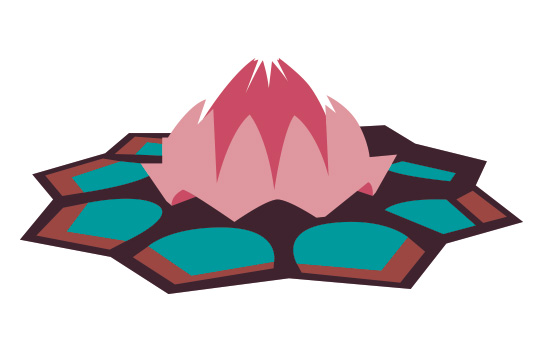 3. THANKS TO THE FLOWER

The Lotus Temple got its name from its architectural inspiration, the lotus flower. It is an extraordinary example of India’s modern architecture and the youngest of the seven major Bahai Temples. 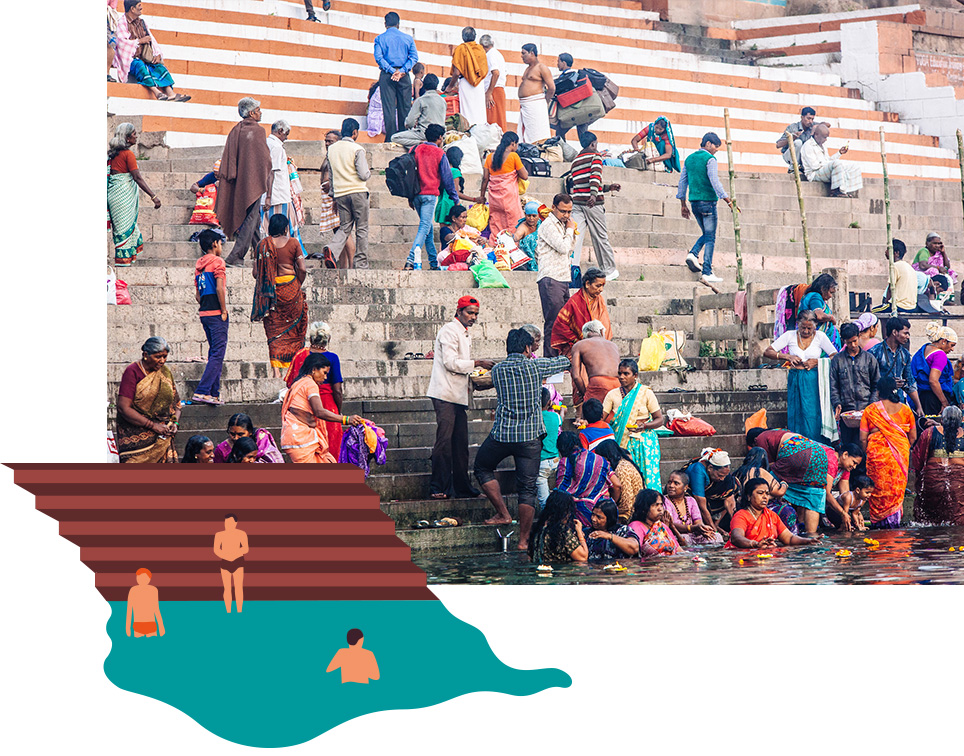 Varanasi is considered the holiest city in Hinduism. Here, the Ganges curves off towards the north. The waters of the holy river are said to forgive all sins.

„THE INTERNATIONAL CITY OF AUROVILLE, WHICH BELONGS TO HUMANITY AS A WHOLE, WAS FOUNDED IN 1968. THE PEOPLE HERE DEDICATE THEMSELVES TO THE DIVINE.” 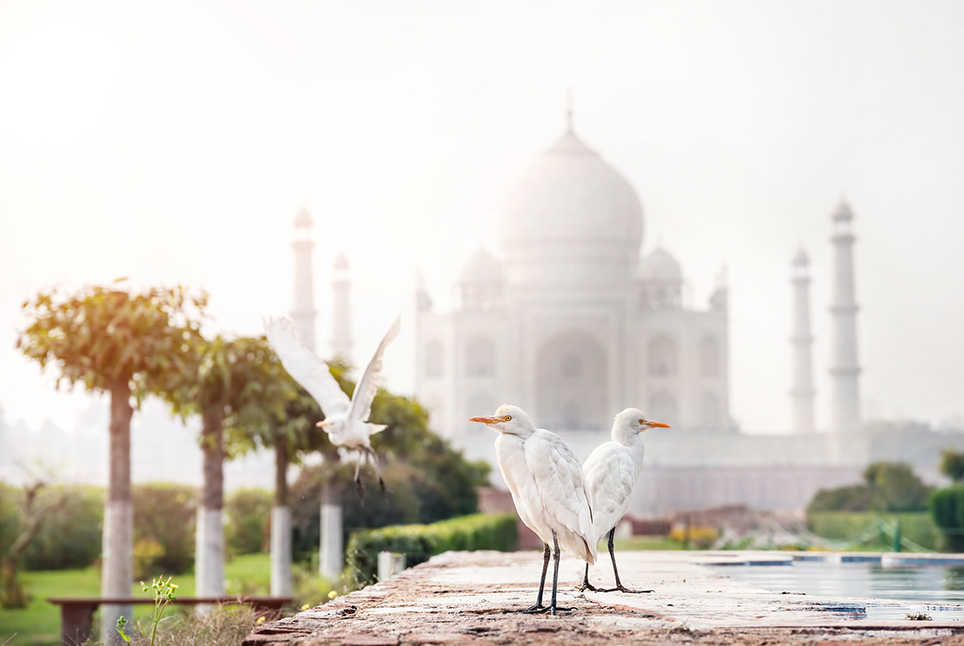 Although it resembles a mosque, it is actually a mausoleum: the Taj Mahal. In 1631, this sepulchral building was built for romantic reasons: in remembrance of the beloved wife of Great Mughal Shah Jahan. Mumtaz Mahal. 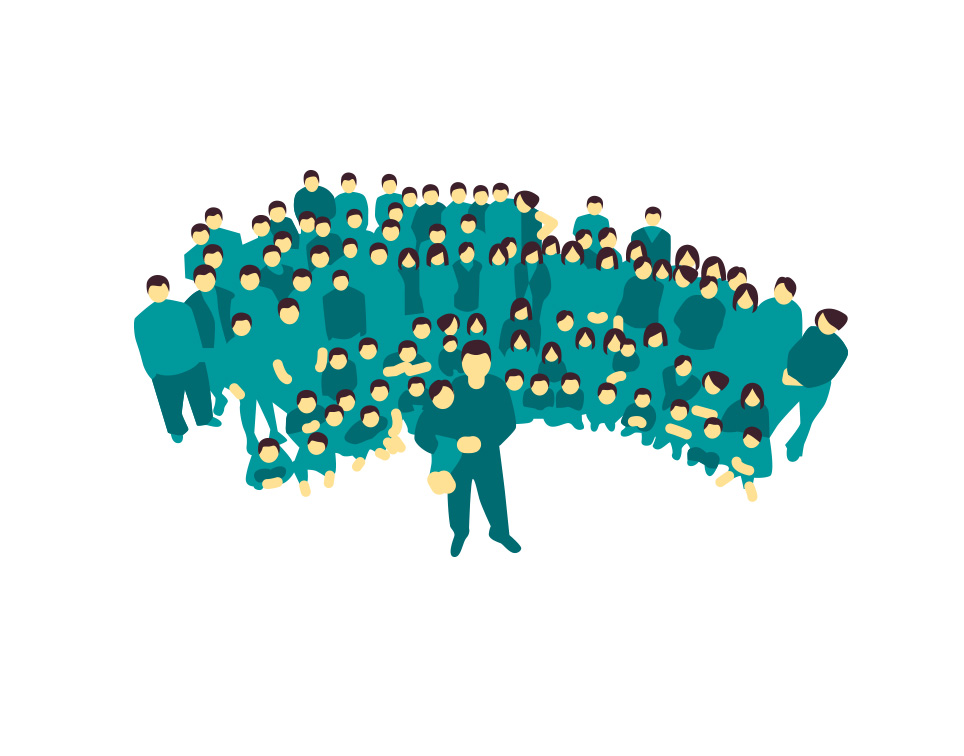 „GUJARAT NATIONAL PARK: THIS IS WHERE ONE OF THE 830,866 POLLING BOOTHS IS LOCATED FOR ONLY ONE VOTER, A TEMPLE PRIEST.” 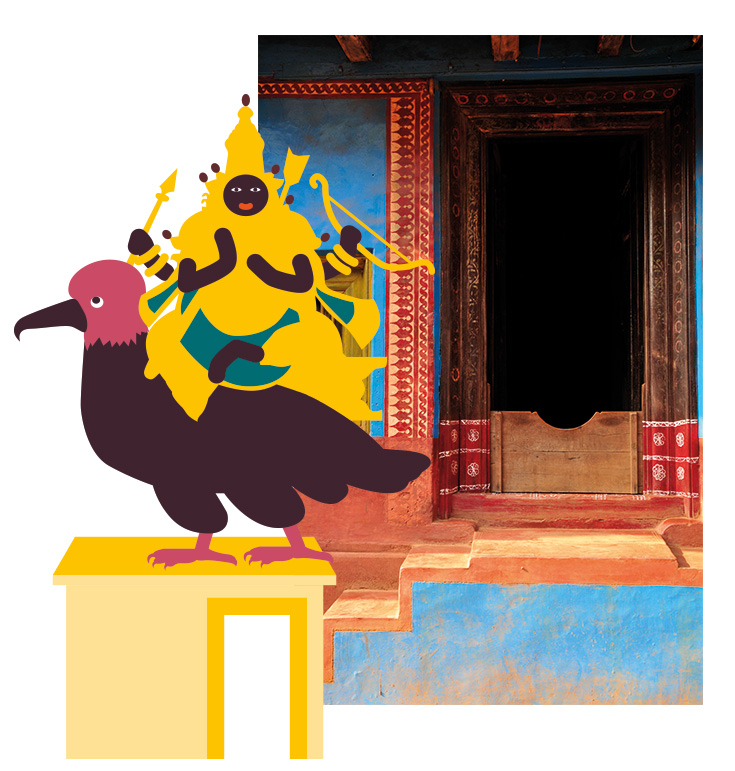 For centuries, the inhabitants of Shani Shingnapur have lived without any doors. They believe in the Hindu god Shani, who is believed to protect them from thieves. Even though the first incidences of theft were reported in 2010, the villagers remain loyal to their religious way of life. Shani will punish the burglars. 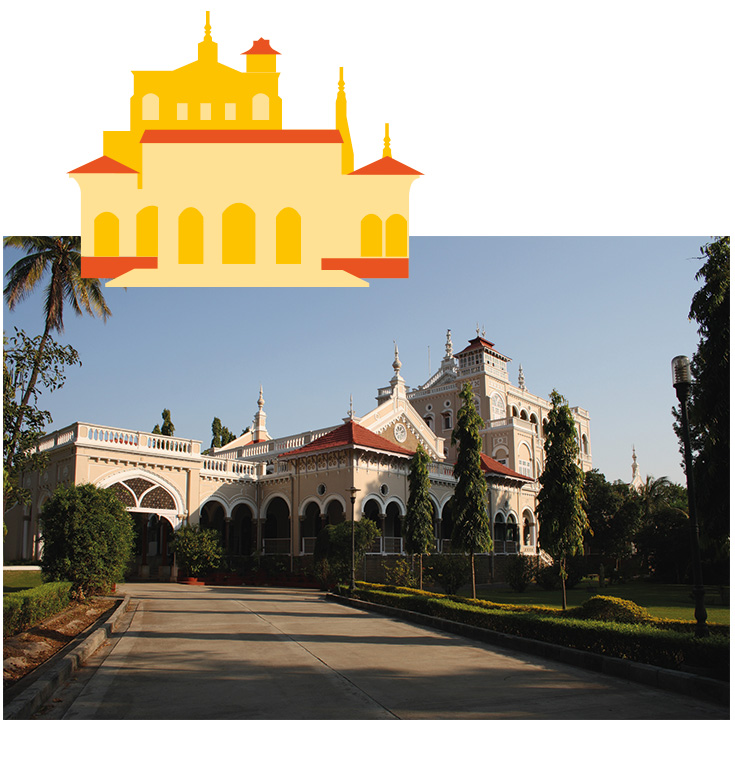 Aga Khan Palace is a symbol of India’s freedom movement. It served as a prison for Mahatma Gandhi and his wife Kasturba Gandhi, who died there at the age of 74.

„INDIA PRODUCES 89.6 MILLION TONS OF STEEL PER YEAR, THUS RANKING THIRD, AHEAD OF THE USA.“ 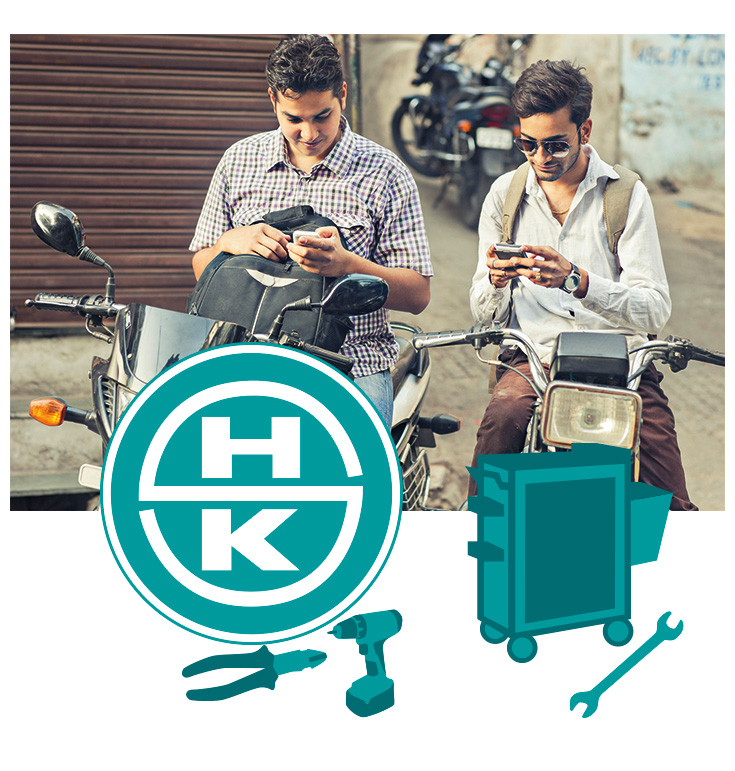 Reaching the final destination faster. At HAHN+KOLB in Pune, the sales reps do not visit their customers by car but rather by scooter. The company is part of the Würth Group and sells more than 60,000 articles in India. The tool trolley with its solid housing and many customizable options is one of the highlights. 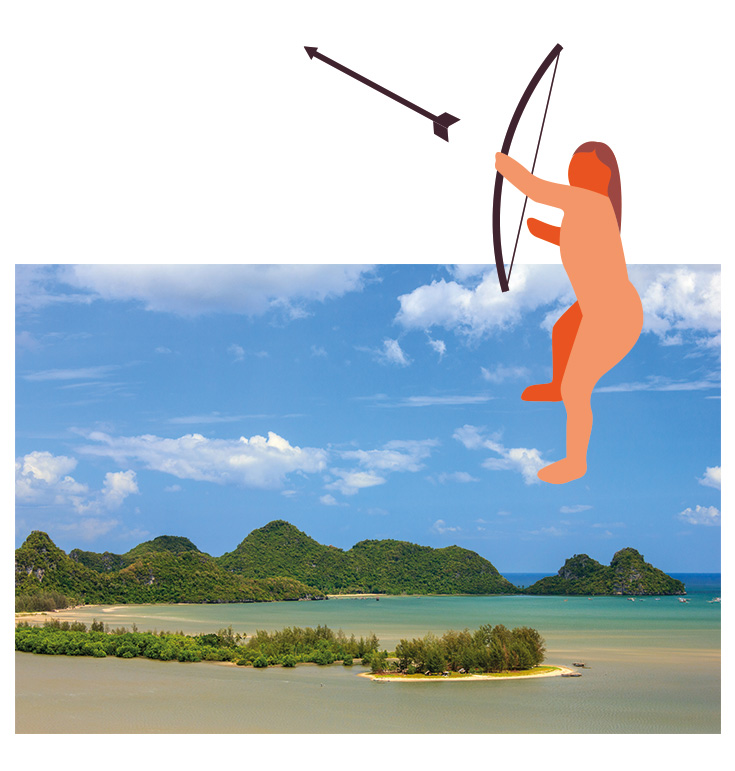 50 to 400 Sentinelese live untouched by civilization – next to nothing is known about them. In 1996, any attempts to establish contact were officially abandoned as the Sentinelese attacked any intruders with bow and arrow.

THE WÜRTH IT IN PUNE: BETWEEN PROFESSION AND TRADITION:


THE DAILY BUSINESS OF AN FIELD WORKER IN INDIA

Congested streets, torrential monsoon rains and caught in the midst of it all: our Würth sales representative. Würth’s online shop helps him to organize his day, making it as efficient and stress-free as possible – a valuable asset in a country that is always on the move. 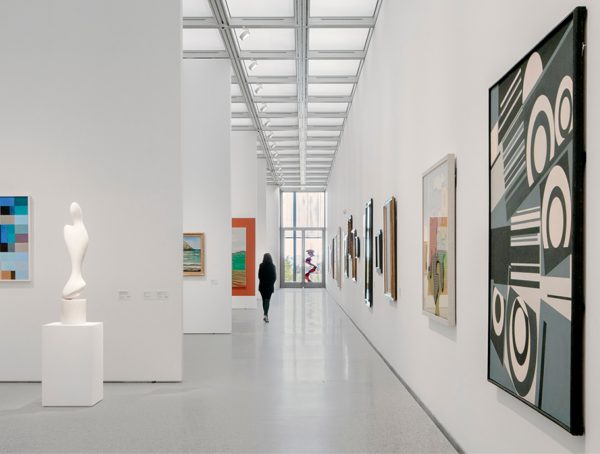 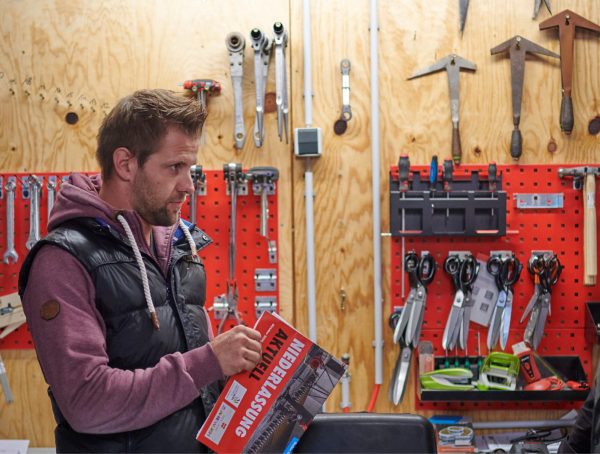