With a new restoration system from Würth, it is possible to reinforce concrete structures retroactively. This extends the period of use by up to 25 years. We explain how the RELAST method works…

Würth’s RELAST® system, which is approved by building authorities, is used to reinforce the shear strength and punching shear of existing bridges, tunnels, underpasses, parking garages, and buildings. The innovative restoration system has one undeniable advantage over traditional methods: The structures can be reinforced while they are still in service—road closures and shutdowns are not necessary. That saves both time and money.

During the 1970s, the volume of traffic in Germany was roughly 60 percent less than it is today. In addition to the steadily growing levels of congestion on the roads, the requirements due to increased heavy cargo transport have become more rigorous. The extreme loads have left their mark: about one in every eight bridges today is considered dilapidated. This poses a major challenge to authorities in deciding whether to repair the structures or replace them with new ones. The consequence of expensive and time-consuming restoration projects or new structures include long-term construction sites, traffic jams, closures, frustrated road users, and CO2-Emissions. 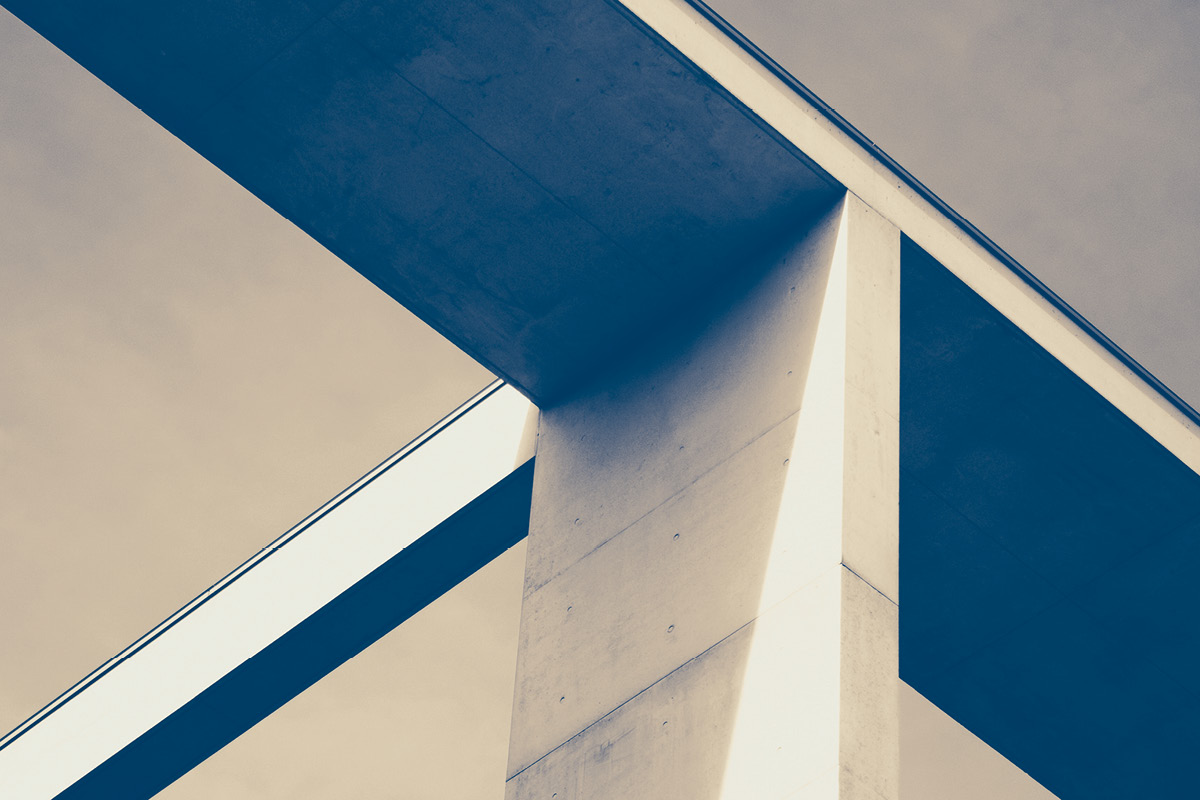 A new, unique system from Würth can ease the situation on the roads: RELAST® makes it possible to reinforce existing bridges. This extends their period of use significantly, without taking them out of service, thus allowing traffic to continue as per usual. This not only spares the drivers their nerves but also saves money: If a busy traffic hub needs to be closed for months or even years on end due to construction work, this can cost several million euro per day. Moreover, RELAST® is environmentally friendly and sustainable, since no new resources are needed to construct replacement structures and no old steel and concrete needs to be recycled.

The method is suited not only for bridges but also for structures such as tunnels, parking garages, overpasses, and other decrepit constructions made of steel or prestressed concrete that are exposed to increased stress or a high volume of traffic. The RELAST® principle: It increases the shear strength and punching shear of structures, thus preventing damage. These reinforcements are carried out using a composite anchor bolt developed specially by Würth for this method featuring a concrete-cutting thread on one side and a standardized ISO connecting thread on the other. Depending on the requirements, the bolts are available in sizes ranging from 15 centimeters to more than three meters in length. 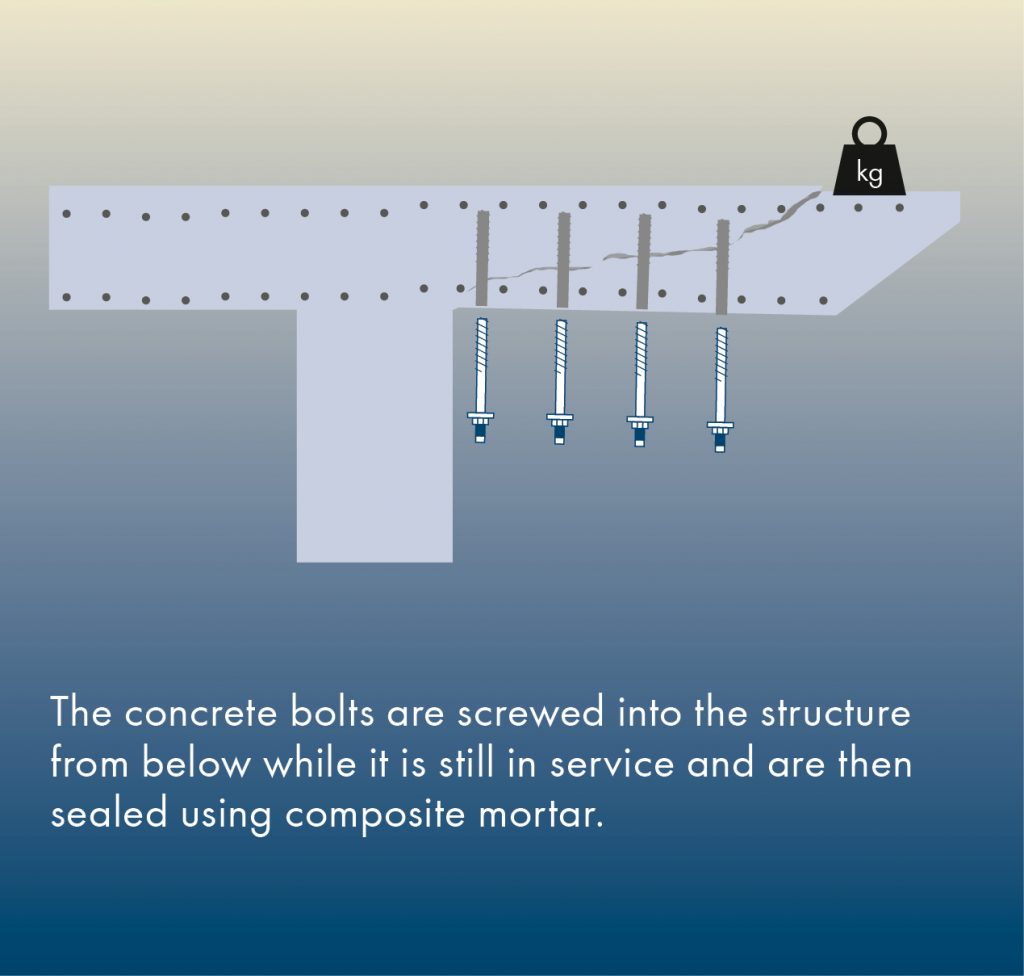 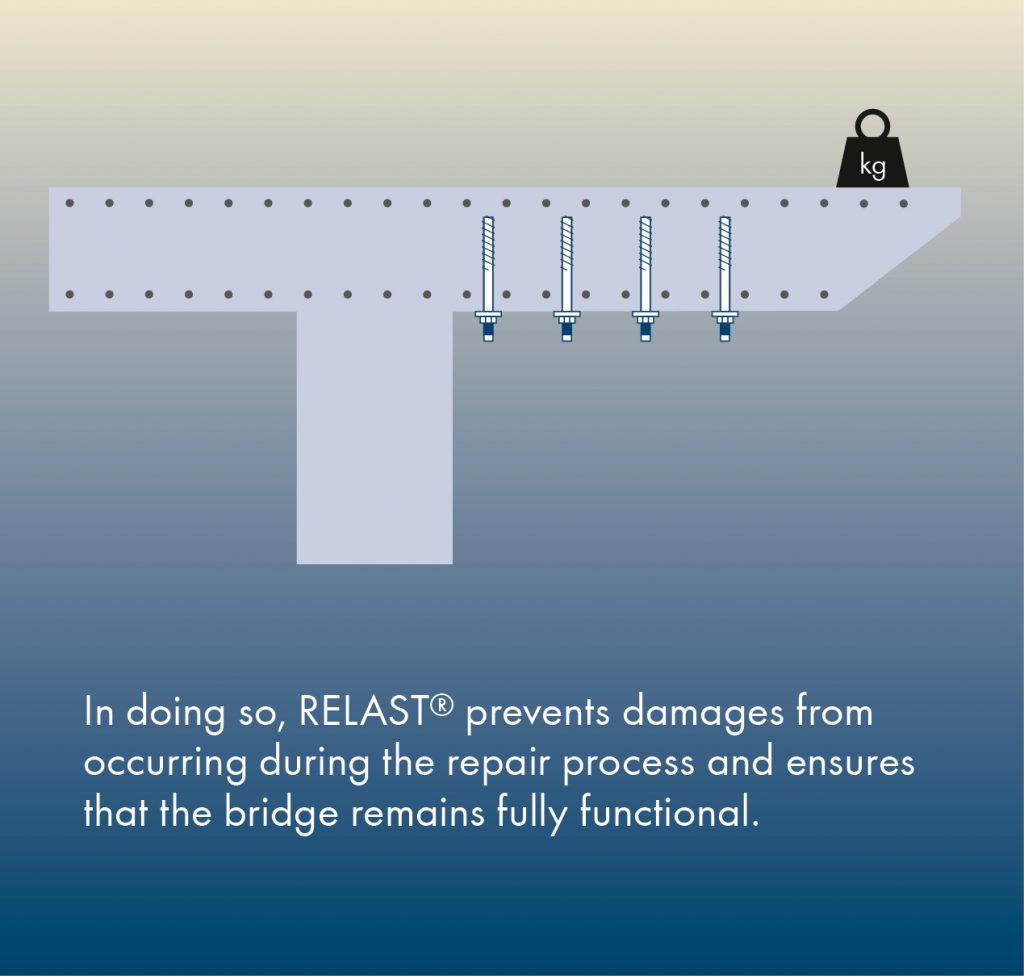 Follow-up inspections on existing structures according to current standards reveal that they often need to be strengthened due to the increased load situation in order to avoid damage. This is where the RELAST® system comes into play, consisting of a special concrete bolt and a composite mortar and serving as a reinforcement system incorporated subsequently. “The concrete bolts are installed from below, for example, in a drill hole filled with the special RELAST® composite mortar,” explains Thomas Klenk, Managing Director for Product, Purchasing and Export at Adolf Würth GmbH & Co. KG, with regard to the method followed for repairing bridges.

Würth’s RELAST® system is rounded off by a pressure-distribution bolt, a wedge-locking spring washer, and a hexagon nut. Thomas Klenk: “What’s great is that we can combine the compression and tension zones in the concrete using this bolt, which absorbs any tensile forces that are released when cracks are formed. This relieves stress on the structure.”

ONE OF A KIND ON THE MARKET

In September 2019, RELAST® obtained a general construction approval. This represents a huge advantage over other repair methods: It means that no individual approval has to be obtained in advance. This is generally a tedious process and entails additional costs. RELAST® makes it possible to start the restoration process immediately and to repair the structure economically, easily and quickly.

The Altstadtringtunnel beltway tunnel under the Prinz Carl Palais mansion in Munich, Germany serves as the pilot project for RELAST®, representing one of the arterial roads in the Bavarian capital. The tunnel was facing full closure for several years, which would have caused total gridlock in the city center. Thanks to the benefits of RELAST®, the tunnel only had to be partially closed. The restoration time was shortened considerably as a result, with over 7,300 composite anchor bolts being installed. This pays off since roughly 60,000 cars drive through the tunnel each day.

“Not every renovation process requires so many bolts. Each structure has its own requirements. Sometimes only 20 bolts are needed, or it could be 11,000 for complete renovations,” says Andreas Gerhard, Managing Director of Toge Dübel GmbH & Co. KG. This is why Toge Dübel, an Allied Company of the Würth Group, produces the bolts individually for each specific structure. 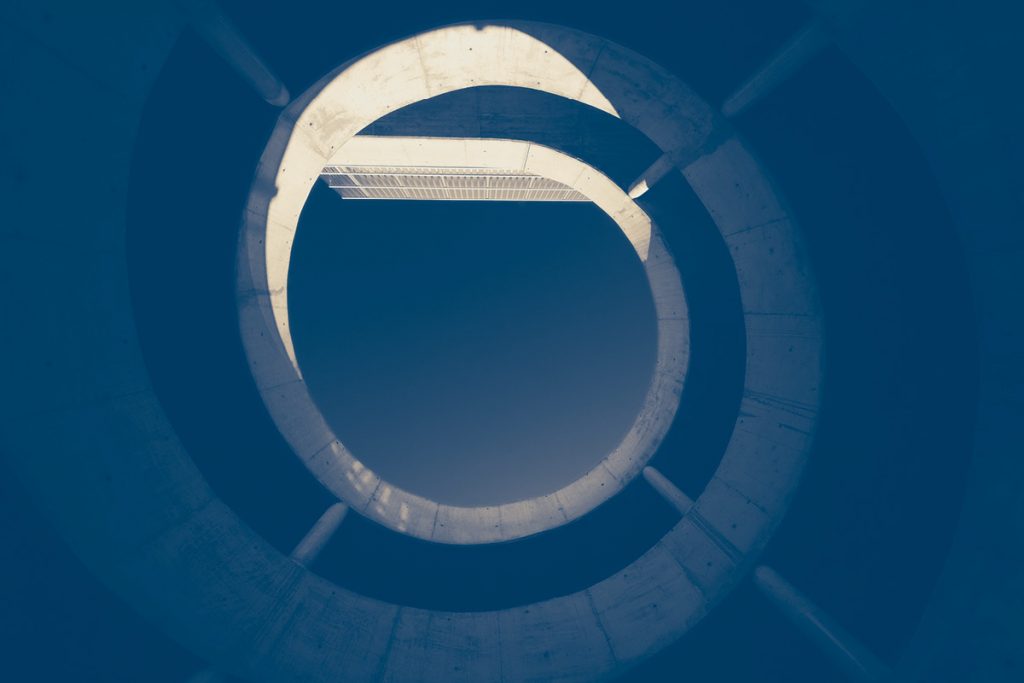 MORE THAN EIGHT YEARS IN DEVELOPMENT

RELAST® was developed by Toge Dübel GmbH & Co. KG, an Allied Company of the Würth Group since 2014, in collaboration with Jürgen Feix, a professor at the University of Innsbruck. TOGE manufactured the composite anchor bolts while Prof. Feix conducted the necessary testing. The RELAST® system, approved by building authorities in 2019, is sold through Würth. The RELAST® composite anchor bolt is the key element in the reinforcement system.
www.toge.de

Engineers and planning offices had never thought of Würth before when it came to structural reinforcement. But that has changed: “RELAST® has gotten our name out to a new customer base—that is a major benefit,” says Thomas Klenk. The next milestones: A specially developed dimensioning software will be released this year to make it even easier for engineers to work with RELAST®. Furthermore, Würth’s method will soon be used not only to repair structures in Germany but also across all of Europe. 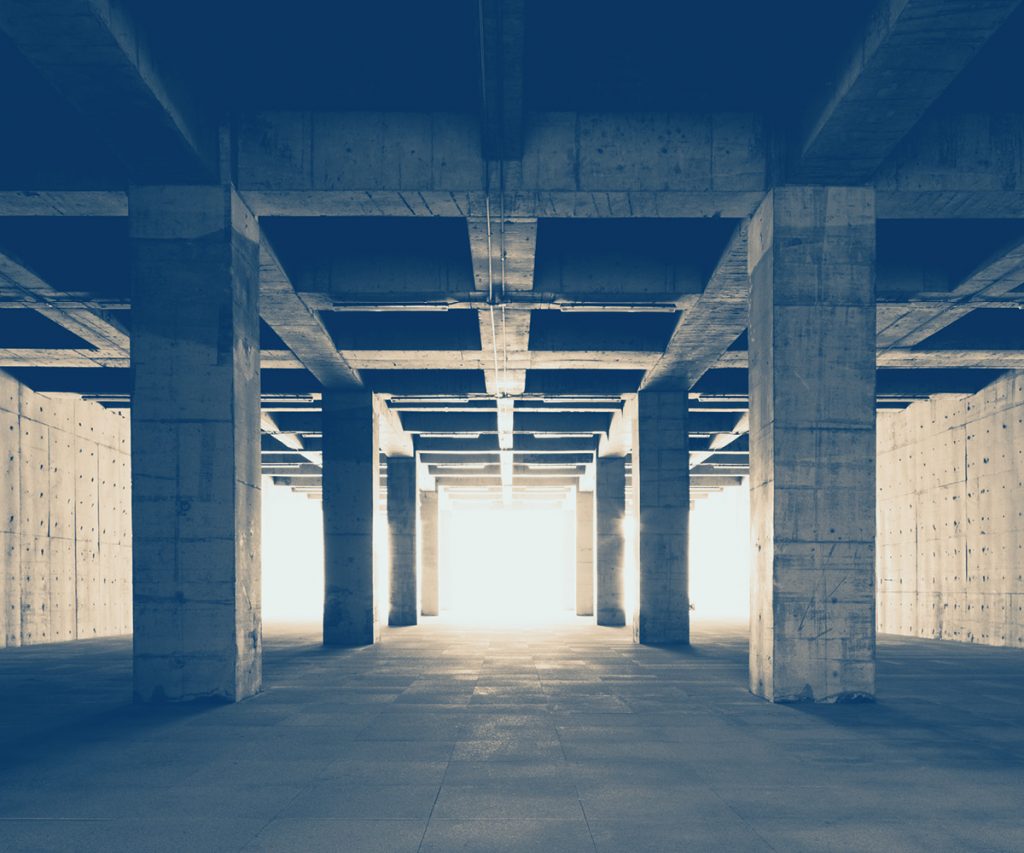