An essay on important issues of our time: Reinhold Würth, Chairman of the Supervisory Board of the Würth Group’s Family Trusts, is a fervent proponent of a strong and united Europe. He shares his vision in the editorial. 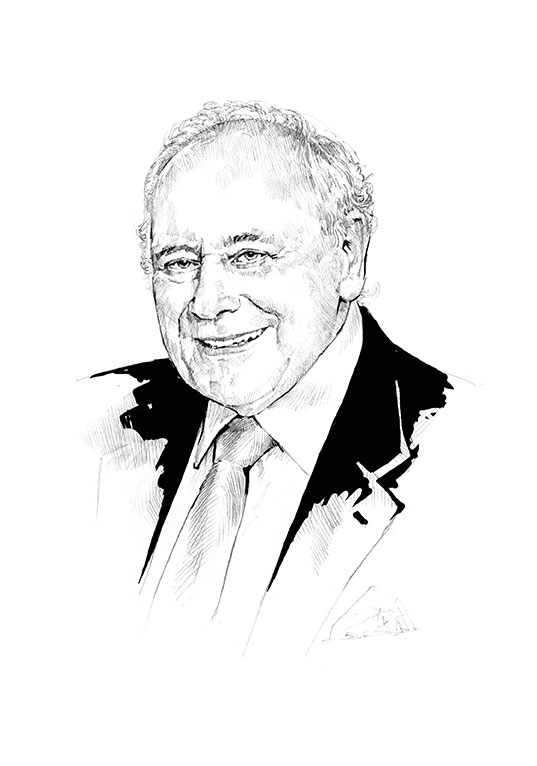 As I compose this article, the first two months of the year 2019 are behind us, and the development over these first couple months has not disappointed so far: The German nation is doing better than ever before, unemployment is low, the state generated a total surplus of over EUR 50 billion in 2018. We are living in a time of peace and freedom (for now), democracy works. But nevertheless: When you talk with some citizens, they grumble and complain bitterly, brimming with pessimism. Fear of the future is widespread, and not just in Germany. The state of affairs is similar in the other 27 member states of the European Union.

Just four weeks before the Brexit deadline on 29 March 2019, the political chaos in Great Britain more closely resembles a disaster than a tragicomedy.

I cannot even fathom how one of the oldest parliaments in the world could have caused such mayhem and how they managed to let two and a half years elapse since the Brexit referendum to be left with one month to go before the exit and not know whether they will be leaving the European Union without a deal, whether they will be forced to accept the backstop, whether Great Britain’s withdrawal will be postponed by 21 months, or even, as announced on 23 February 2019, whether a second Brexit vote will take place, which the leader of the opposition Jeremy Corbyn is currently advocating – baffling and incomprehensible for an outsider.

By the time you read this issue, we will all know more: Although our British friends were mostly cynics rather than European proponents during their 46 years as members of the European Union, we will certainly miss Great Britain to some extent. Then again, the further development of the European Union will progress more rapidly without all of the braking from Great Britain – we will draw lessons from the future.

Regardless of our political beliefs, religious affiliation, race, or place of residence: There is not a single country in the world whose citizens are in favor of war, violence and destruction: Peace is sought after everywhere.

Did we not experience an incredible feeling of liberation, joy and optimism after the fall of the Iron Curtain at the end of the Cold War? Everlasting peace is supposed to prevail; the differences between communism and capitalism should be a thing of the past. The capitalist system proved to be superior and defeated communism.

I myself was born in 1935 and as such, I witnessed the end of the Second World War as a ten year old and have experienced the technological, technical, sociological, and social advancement of humankind with much astonishment and some misgivings, helping to shape it in part. As fate would have it, I have been able to bear witness to 80 years of European history, which have brought about more change and improvements in all respects than the time since the year zero. Knowledge, and science broadly speaking, has advanced at a breathtaking pace – the Internet has turned the world into a single village square. Robots and computers, with a direct line to artificial intelligence, are the main reasons behind the uncertainty and pessimism felt amongst people. Horror movies do not dismiss the possibility of the human race being dominated and enslaved by self-learning computers with their artificial intelligence.

Climate protection represents yet another source of unease as it is only partially understood, which means that one of Stephen Hawking’s assertions will most likely come true: Humanity’s only chance at survival is to successfully settle on a different planet. Utopia? We do not know yet: Until we are able to travel at the speed of light, the distances of travel even within our small Milky Way galaxy are so great that the human race would probably cease to exist – the humans on earth would simply vanish in the blink of a galactic eye. Whether this happens in one thousand, ten thousand or one million years from now does not change the end result. Humankind was merely an interlude.

„WE CAN LOOK FORWARD TO HOW THIS YEAR UNFOLDS.“

Back to the year 2019. What can we reasonably expect this year? All signs point to the leaders of the superpowers accepting the nuclear balance on account of the facts: namely, that a nuclear war cannot be won and launching a nuclear missile would be met with an immediate response from a potential opponent. The earth would be left in ruins – this calculation also protected us during the Cold War and has ensured world peace at large over the last 75 years. We in Europe have benefited from this in particular. In my opinion, Pakistan represents the greatest nuclear threat: If IS, the Taliban, Boko Haram, Hamas or another fanatic terrorist organization is able to bring about a revolution in this corrupt country and snatch their nuclear weapons, the disaster would be complete.

Now this is not anticipated for 2019, so we can actually look forward to how this year unfolds. At Würth, the first two months of 2019 passed completely according to plan with eight percent growth, which means we can expect to see new records in sales and operating result if this trend endures.

If we weigh the pros and cons, advantages and disadvantages against one another, then we can continue through the year 2019 with moderate optimism and enjoy the sunny side of life. We could not hope for more for our slice of bliss: Peace in freedom produces a narrative that we must not allow to be jeopardized by extremists – on the right or the left. The European elections are drawing near. It is imperative that we as Europeans all go to the polls and demonstrate our affirmation of the European Union. Let us take a closer look at the election platforms of the parties: Only a small minority of the German party landscape supports the continued integration of Europe without reservation.

I consider French President Emmanuel Macron to be a true role model and a great European who hopes to forge a common Europe democratically in order to remain independent from the three superpowers USA, Russia and China. If we make the wrong decision at the European elections, we would strengthen those who wish to destroy Europe and as a result, Europe would have absolutely no influence in world politics. In 20 years from now, we would all be tributaries of the three great powers; so let us rally together as Europeans! A strong European Union would neither diminish nor eradicate the cultural characteristics of the provinces or their dialects – on the contrary: The European Union promotes these differences through numerous projects!

Ladies and gentlemen, dear readers, this article arises from a relaxed evening atmosphere and oscillates between unemployment and the cosmos, between cries for war and peace: But is it not liberating to air out the brain a little every now and then and ruminate on the nature of our existence? If we do this, then some petty discussions, misunderstandings and squabbles will appear so banal and insignificant that, after a moment of reflection, we will be able to reconcile with our partner, opponent, different-minded interlocutor.

With the coming spring, I would like to wish you, dear readers, dear customers, optimism, joy and hope for the future. I would like to take this opportunity to thank our customers wholeheartedly for the many orders we have received. At the parent company Adolf Würth GmbH & Co. KG alone, between 35,000 and 40,000 shipments are dispatched every business day in an effort to provide our customers with the highest quality and exemplary service.

My very best wishes to you all. 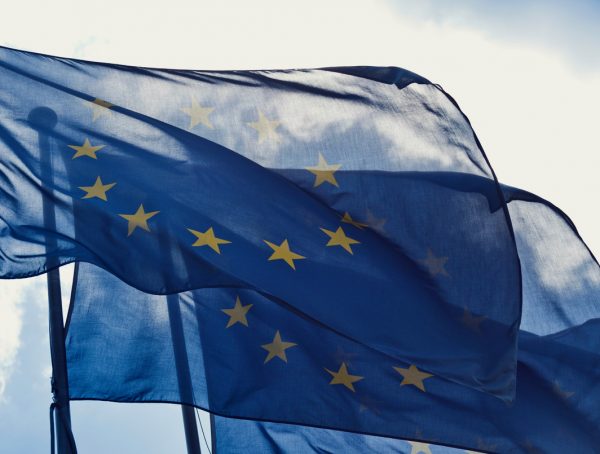