Hommage to the beloved wife

CARMEN WÜRTH FORUM, a convention center with an underground chamber music hall, is the new crown jewel in Künzelsau-Gaisbach. Walking through the building, which was designed by the British architect David Chipperfield, reveals the allure of this unique and multi-faceted construction: a building that is out of the ordinary in every respect.

It´s a grand, romantic gesture, an opulent birthday present to the wife: CARMEN WÜRTH FORUM in Künzelsau-Gaisbach, a multi-functional venue, is much more than a mere building. It crowns a small hill with a vista of the Waldenburg Mountains, nestled snuggly into the gently curved knoll – a solitary figure on the vast terrain of the corporate headquarters in Hohenlohe. Prof. Dr. h. c. mult. Reinhold Würth scribbled down his vision onto a simple napkin several years ago. On his 80th birthday in April 2015, he announced that his idea was to become a reality. The structural work began at the end of February 2016. Now it is finished. Roughly 1,300 construction workers trudged through the construction site, working partially in shifts. The grand opening of the convention center took place on 18 July 2017, in dedication to the 80th birthday of its namesake and patroness.

Minimalist design: the building withdraws into the background

CARMEN WÜRTH FORUM also reflects the traditionally close alliance between Würth and first-class architecture – aesthetic Würth buildings have been part of the corporate culture ever since its inception. The new event center is possibly the most beautiful example of this. 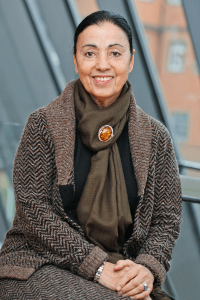 Social commitment is a matter of the heart

Carmen Würth, born on 18 July 1937, is deeply committed to integrating persons with mental disabilities into society. Together with her husband, Prof. Reinhold Würth, she founded the Würth Foundation in 1987. The Foundation’s purpose is to promote arts and culture, research and science, as well as training and education. Attracting widespread media attention, Carmen Würth opened Hotel and Restaurant Anne-Sophie in 2003, where people with a disability were integrated into the operations of a regular culinary establishment. Her latest project is the cultural center Kulturhaus Würth in Künzelsau with its reference library Frau Holle. Carmen Würth has been distinguished with numerous awards and honors, including the Cross of the Order of Merit of the Federal Republic of Germany and honorary citizenship from the Technical University of Munich.

“It was a clear decision – the minimalist design is what won us over.”
Bernd Herrmann

We direct the attention to the details – with a red frame.

The British architect David Chipperfield, who is world-renowned for his sleek, elegant designs, won the international architecture competition. “It was a clear decision,” says Bernd Herrmann, Member of the Central Managing Board of the Würth Group and Chairman of CARMEN WÜRTH FORUM’s advisory board, “the minimalist design is what won us over.” Chipperfield himself lived in Japan for several years and the influence of contemporary Japanese architecture can be perceived in his work. Minimalism, simplicity, natural materials: all of these elements can be found in his projects.

Although the design created by Chipperfield was adapted to suit the local milieu, Paul Krämer, responsible for project management and construction site management at Würth, explains that it still maintains the architectural elements reminiscent of classic modernism from the competition. The dry figures alone are impressive: on a total area of 11,000 square meters, CARMEN WÜRTH FORUM harbors a subterranean chamber music hall, a large hall that can be divided into several parts, and a foyer flooded with natural light, in addition to utility and storage rooms, workshops and a large central catering area. Thanks to the flexible seating options and potential uses, the forum is equally suited for conferences, trade fairs, exhibitions and concerts. Despite its formidable size, it does not appear ostentatious. Paul Krämer: “What makes the building special is the fact that it withdraws in order to highlight the delicate landscape.” Immediately outside, the building offers enough open space for up to 10,000 visitors, providing the perfect setting for open-air events of all kinds.

An underground chamber music hall as its centerpiece

A tour led by Paul Krämer unveiled the building’s subtleties and remarkable attention to detail. Lightly colored asphalt footpaths lined with young linden trees lead up to the main entrance. “Once the trees are full-grown, it will have a splendid promenade feel,” says Krämer. Visitors and sightseers can take a stroll through the sculpture garden in the outdoor area in front of the building. There, they can marvel at the towering bronze masterpiece “BDM (Group of Girls)” by Georg Baselitzt from the year 2012, displaying three friendly figures with their arms interlinked. Tony Cragg’s seven-meter-tall bronze sculpture “Points of View” from 2013 is also a three-part work. The figure “Nana dansante bleue” by Niki de Saint Phalle, 1995, is among the nine sculptures in the gardens, too. Würth and the arts: this alliance is illustrated here yet again. 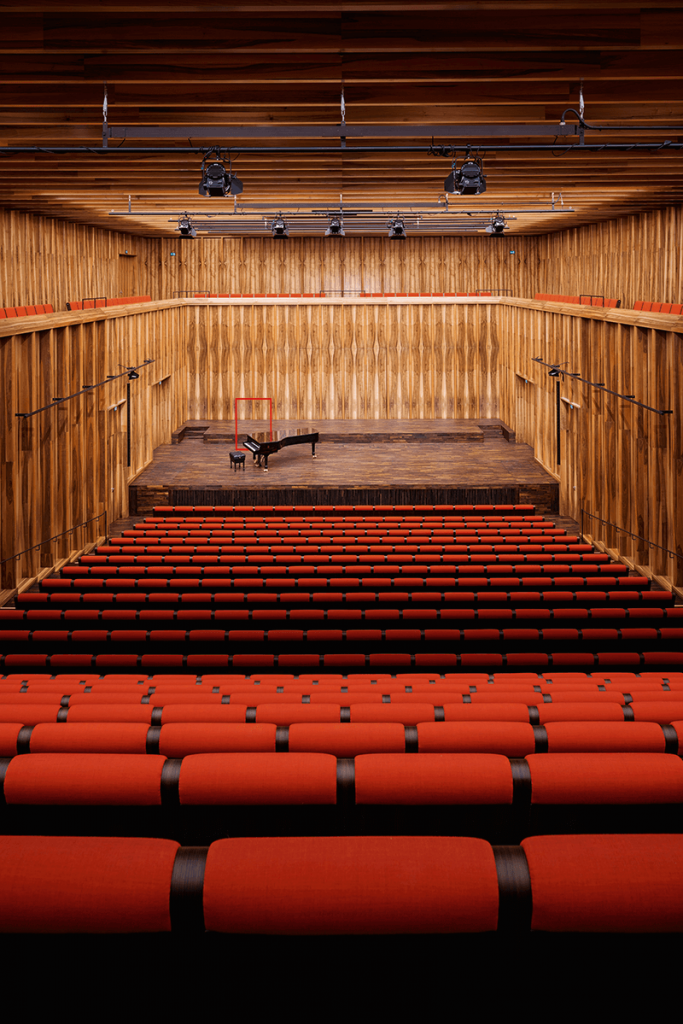 The chamber music hall: French walnut for the wall cladding, fumed German oak for the stage and floor 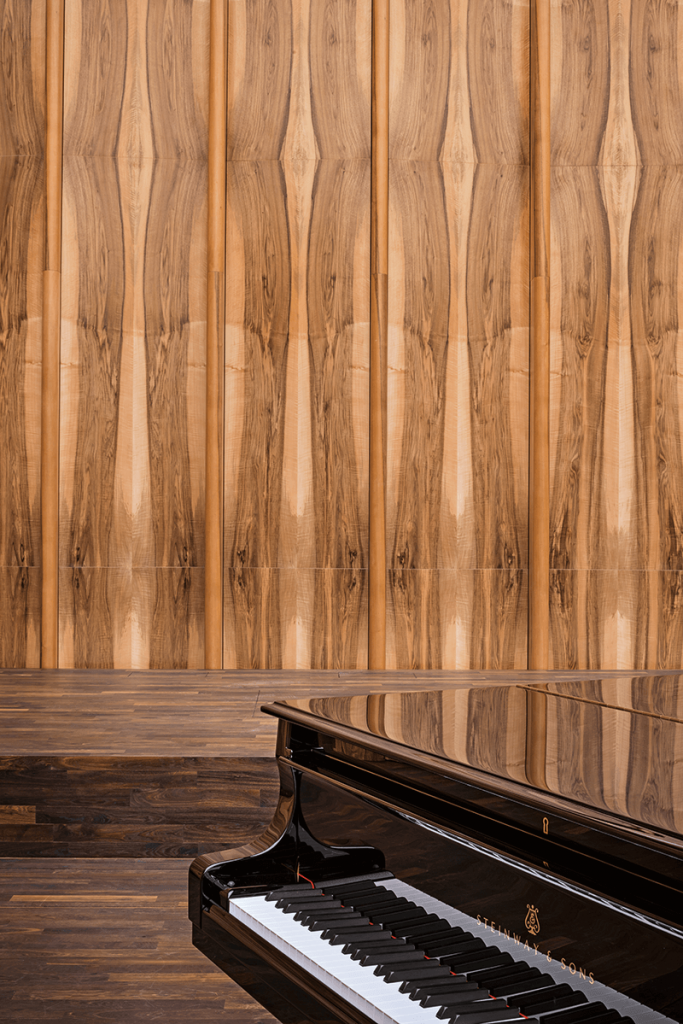 The carefully combined wall panels, whose grains fit perfectly together, catch the eye.

The company purposefully decided against fencing off the 17-hectare area. It should be accessible to the general public and invite guests to linger, which is why 30 park benches were set up in the area. The square in front of the building is flanked by two 70- and 40-meter-long coulisses made of bush-hammered concrete applied in multi-colored layers. They give the steel-glass facade a stately frame. Just as CARMEN WÜRTH FÜRUM’s exterior is exceptionally sleek, its interior is surprisingly rich: the centerpiece is its underground chamber music hall, which offers five-star acoustics to around 600 visitors. The cuboid room slopes steeply towards the stage, etched with a complex wall and ceiling cladding made of French walnut in warm, rich tones. The architect David Chipperfield insisted on inspecting each individual wooden panel himself at the veneer factory in Karlsruhe so that the grain would fit together perfectly, reports Paul Krämer. A dark fumed German oak was chosen for the floor, while the comfortable seats are upholstered with flaming scarlet linen fabric specially made in the Italian city of Vicenza. But the most remarkable feature is the sound. The perfect conditions were made possible by conducting a complete acoustic simulation in every nook and cranny, the results of which were used to define the room’s geometry. This was achieved in part by arranging and selecting the surfaces of the ceiling and wall panels accordingly. Finely perforated panels absorb any unwanted vibrations at certain points, while elsewhere smooth surfaces serve to amplify the sound.

Similar to the acoustics, the climatic conditions were simulated beforehand as well, “the computer spent three full weeks crunching the data for that alone,” says Krämer. It should not be drafty anywhere in the hall. A uniform, pleasant climate should prevail throughout the room. Spacious dressing rooms and air-conditioned instrument rooms are available. Even a lavish Steinway grand piano was purchased.

The chamber music hall, foyer and great hall, which can hold up to 2,500 guests depending on the occasion, are all equipped with state-of-the-art technology for lighting and audiovisual media, such as videos. Paul Krämer: “Several thousand color schemes or scenes can be switched on in the chamber music hall to set the mood.” Maximum variability and top-notch standards are guaranteed in the large multi-functional hall as well: with equipment for live broadcasts, four stationary and mobile interpreter booths, the option of using multi-channel reverberation, mobile stages, multiple control rooms, and an open ceiling construction with numerous catwalks and 70 movable chain hoists. “You can do anything here,” says Paul Krämer, his voice resonating audibly with pride.

An example for the wide scope of Würth’s portfolio

Various details give away the fact that CARMEN WÜRTH FORUM is a true Würth building: the floor of the great hall is coated with an epoxy resin in the traditionally vibrant Würth red. A number of Würth products were used for the construction work: fastening material such as screws, anchors, nails, technical substructures, chemical products, power tools and equipment such as shovels, hammers, tool boxes, protective equipment, and measuring tools.

It therefore comes as no surprise that CARMEN WÜRTH FORUM is Prof. Reinhold Würth’s favorite project, who made sure to stop by the construction site himself on a regular basis. After all, it is not just an exceptional birthday present for his wife Carmen but also represents a genuine showpiece for the diversity of Würth’s product portfolio. Moreover, it is a unique example of modern architecture at its greatest: an edifice in which one can feel comfortable and which can be enjoyed by all of the senses.

Sir Chipperfield, what were your initial thoughts when you were designing CARMEN WÜRTH FORUM? And what fascinated you about the project?

While working on this project, we especially liked the fact that it was to be a gesture to the employees of the Würth Group; an ornate avowal that Würth is not just a place to work but also stands for community.

The purpose of the building is to bring people together. It manifests the very values that Reinhold Würth has entrenched in the company. The project is not directly incumbent upon ongoing business but rather serves as a solemn expression of the corporate and employee philosophy. CARMEN WÜRTH FORUM generously embodies the company’s posture towards long-lasting success and ambition. 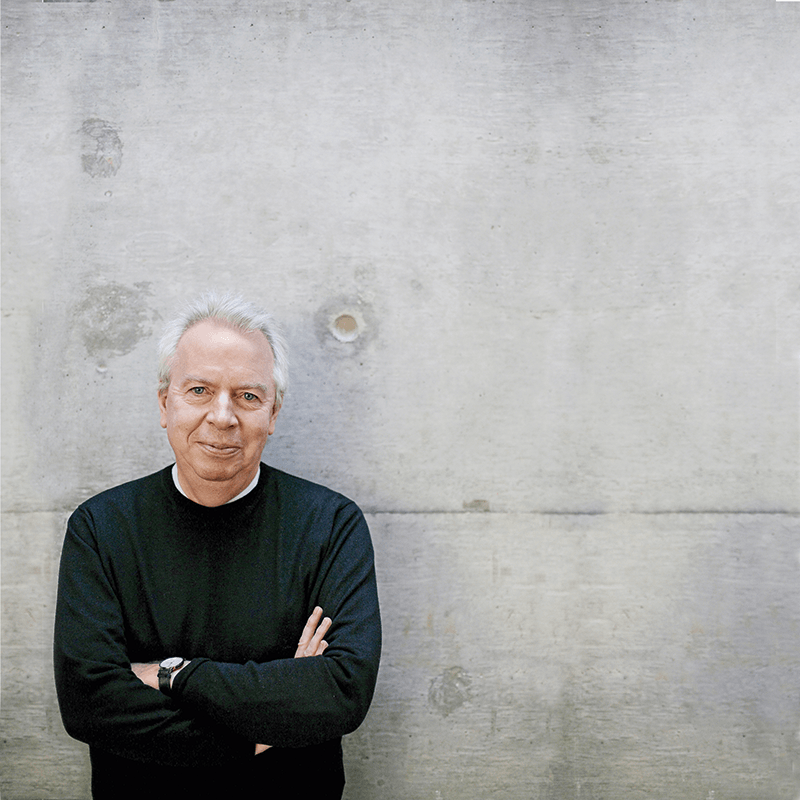 What was unique for you and your team with regard to this architectural project?

While building this forum, we were captivated by the fact that it would constitute a new venue embedded in a vast, picturesque landscape. Our work involved creating a harmonious union between architecture and landscape. Rather than being a simple cultural center on the company premises, the building towers like an acropolis over the surrounding landscape, autonomous and yet part of a bigger picture.

In your opinion, what does CARMEN WÜRTH FORUM have to offer as an event location?

Our goal was to create a venue and not just a building. A gathering place, a place that meets any practical requirements while at the same time serving as an open and stimulating forum for shared experiences. CARMEN WÜRTH FORUM is a symbol of fellowship away from desks and workspaces, representing the company’s aspiration to be more than a mere commercial enterprise. Furthermore, it is an interface between the company and the outside world, which makes it ideal for a much larger audience.

What does the forum represent for the company?

First and foremost, CARMEN WÜRTH FORUM is an emblem of the success and economic well-being of the company, which has evolved from a simple trading company into a globally renowned corporation. Therefore, it is only logical that the forum be dedicated to Carmen Würth on her 80th birthday, serving as visual proof of the extraordinary success story that laid the foundation for the project in the first place. We hope that CARMEN WÜRTH FORUM will be a long-lasting representation of the values and visions of the Würth Group and those who are responsible for its continued success in the future.

From the Kaleidoskop magazine Business 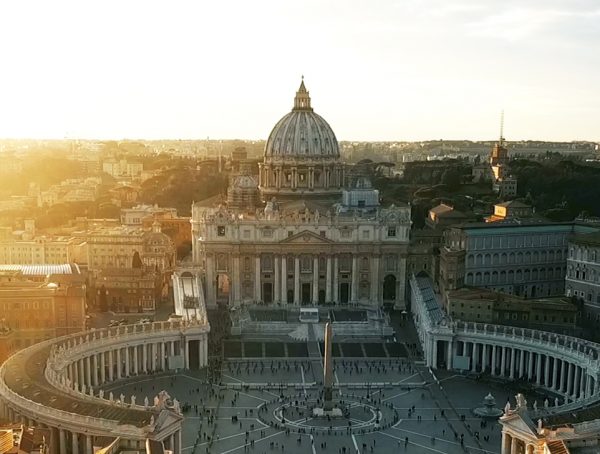 PROTECTING THE POPE AND PILGRIMS 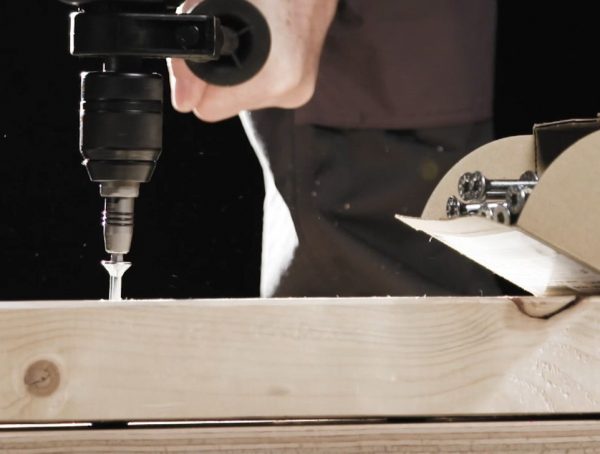